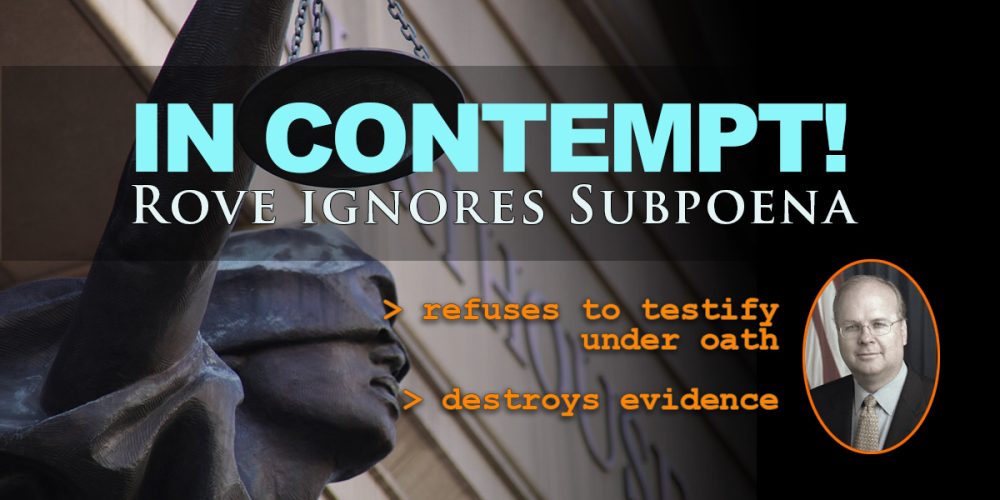 In Contempt of Congress and the Law

We travel back in time to the Summer of 2007, when the Attorney’s General Scandal was reaching a boiling point. There were indications that the Bush White House – with direction from Karl Rove – was demanding that the Justice Department misuse their powers. Rove wanted the Attorneys General to use their bully pulpit to push for political prosecutions of their opponents. Moreover, Karl Rove and the White House staff would stifle investigations of their own party.

Now Karl Rove and team were wanted for questioning. Rove avoided testifying under oath, therefore he defied the law and ignored subpoenas.  He and his crew were even willing to risk being in contempt of Congress rather than tell what they knew.

Dana Jill Simpson was a lifelong Republican political campaigner. Sometimes her campaign work involved oppositional research – spying on your competition or your opposition. Hence, she was often campaigning against democrat Don Siegelman. In fact, she had done “oppositional research” on Siegelman for Karl Rove in the past. Because Rove believed that Siegelman might be in a sexual liaison with one of his aides, he hoped that she might get photographs of the tryst. Jill Simpson agreed to take on this project. She found no evidence that Siegelman was in an affair of any kind.

Then, around 2002, Simpson was working in Alabama to elect Bob Riley,  Don Siegelman’s opponent. As big GOP players like Abramoff, Reed, Norquist, and Scanlan became more involved in the Alabama campaign to elect Bob Riley, Jill Simpson realized that the political “dirty tricks” were crossing lines, unconstitutional and illegal lines. She decided to blow the whistle.

That’s when she swore in an affidavit that included revelations that Karl Rove was directing the Don Siegleman prosecution from the White House. That summer, Simpson’s affidavit became a cover story in TIME magazine. More stories appeared online (i.e. TIME/CNN), on radio, and in print (i.e. The New York Times.) The public outcry was electric and immediate. People wanted further investigation.

Contempt for Congress and Law?

Already, Karl Rove was wanted for questioning in the Valerie Plame affair and the Attorney’s General Purge. Now he was called to answer for the Don Siegelman Prosecution as well. In response to these invitations to testify, he did everything that he could to avoid questioning. Was he simply contemptuous of Congress and above the Law? This evasion would not have not gone unpunished for you or me.

What is Rove trying to hide?

The difference between the behavior of Jill Simpson and Karl Rove is remarkable. Jill Simpson readily gave sworn testimony, willingly traveled to D.C., happily gave hours of public testimony. She also provided boxes of substantiating evidence to support her statements. In a word, Jill Simpson’s freely produced a sworn statement and showed up when required.

She did all this despite the high price she paid for speaking out. She lost a great deal including a hit to her reputation. Her testimony before the House was leaked by Jeff Sessions to the press, and select Alabama newspapers began to tear her testimony apart, calling her a liar. Despite all this, she continued to hold her position.

What does Karl Rove’s evasive behavior tell you?

In high contrast, Rove was evasive and defiant. He refused to show up for questioning when requested. Rove required special conditions to testify. He wanted his testimony be given in private, and he did not want to testify under oath. He was not willing to swear that what he was saying was true. He destroyed evidence in the form of millions of emails and documents.

One excuse for not testifying was executive privilege; he could not reveal the confidential inner workings of the White House. This almost sounds like a confession that the President knew about the Prosecution in Alabama. As for his claim to executive privilege, the Judiciary did not require that he expose anything discussed with the President or anything threatening national security.

The Judiciary Committee eventually had to issue a subpoena; that is, they ordered – commanded in writing – that Karl Rove to come in for questioning. Nevertheless, he ignored the subpoena from the Judiciary Committee, requiring that he be found in contempt of Congress! 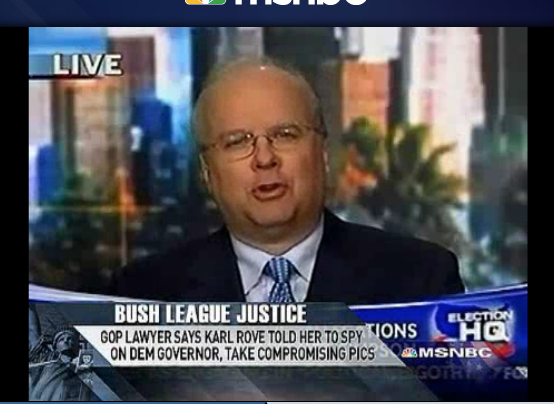 Emails disappeared, 60Minutes episode featuring Siegelman is blacked out in AL, trial transcript withheld by Judge, GOP staff refusal to testify under oath in front of Congress; oh, my!
At 03:28 Simpson claims to have worked for Karl Rove. In a Fox News video clip Rove states he “never worked with her. . . .”  Jill Simpson counters his statemnet with the challenge to “Go and swear in front of the United States Congress and swear what he is saying is true.” 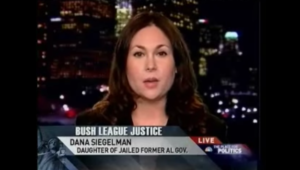 Interview with Dana Siegelman, daughter of imprisoned former Governor, Don Siegelman. Stonewalls in the Siegelman Case included stalling the trial transcript necessary to file for appeal – Judge Fuller sits on the transcript for an unbelievable 18 months!

03.21.07 Fox News
Bush Says He Will Oppose Subpoenas of His Staff in Matter of Fired Prosecutors

Bush said he has given Gonzales, White House political strategist Karl Rove and former counsel Harriet Miers the go-ahead to talk to congressional committees — but not under oath — in the investigation of the firing of the eight U.S. attorneys.

03.21.07 Slate
When Congress Makes You Swear
Does it matter if Karl Rove and Harriet Miers testify under oath?
by Melonyce McAfee

On Wednesday, members of the House judiciary committee voted to compel sworn testimony from Karl Rove, Harriet Miers, and other White House aides regarding last year’s firing of eight federal prosecutors. President Bush has offered to have his aides give unsworn testimony instead.

04.13.07 TIME
Inside the Bush E-Mail Scandal
by Massimo Clabresi

The White House inadvertently crashed the computers of Senate Judiciary Committee staffers Thursday night with another massive dump of e-mails about the firings of eight U.S. attorneys last year.

Leahy has insisted Rove and other top aides to Bush must testify publicly and under oath before the committee about the prosecutors. He has rejected suggestions that Rove and other Bush officials be interviewed privately instead.

Two congressional committees are issuing subpoenas for testimony from former White House counsel Harriet Miers and former political director Sara Taylor on their roles in the firings of eight federal prosecutors, according to two officials familiar with the investigation.

The White House has repeatedly refused to make current and former officials involved in the firings available except in private interviews, without transcripts. Congressional investigators have refused that offer.

The White House cannot have it both ways — it cannot stonewall congressional investigations by refusing to provide documents and witnesses, while claiming nothing improper occurred. … Some at the White House may hope to thwart our constitutional oversight efforts by locking the doors and closing the curtains, but we will keep asking until we get to the truth.

A Senate panel found former presidential adviser Karl Rove and current White House Chief of Staff Joshua B. Bolten in contempt of Congress yesterday for refusing to testify and to turn over documents in the investigation of the firings of nine U.S. attorneys last year.

They had no right to refuse. Congress has the legal power to call witnesses to testify, and presidential advisers are not exempt. Conservative lawyers like Bruce Fein agree that the administration’s claims of executive privilege are baseless. If the White House believes specific matters are privileged, it needs to make those limited claims.