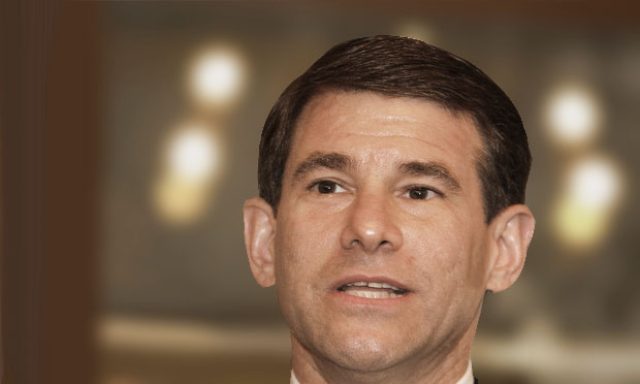 FEDERALISTS, BIG TOBACCO AND KARL ROVE: THE TIES THAT BIND

Political consultant Karl Rove helped his good friend, William Pryor, win the office of Alabama Attorney General in 1998. One of the many ties that bind Bill Pryor and Karl Rove was their opposition to Don Siegelman’s stance against Big Tobacco. Pryor and Rove both campaigned for “tort reform” which makes it very difficult to sue large corporations, like Rove’s client Phillip Morris, for injuries like tobacco related health problems.

While at Tulane University School of Law, a politically active Bill Pryor helped found the new conservative/libertarian Federalist Society chapter at Tulane (1984.) The Society was another strong tie for Rove and Pryor in that Bush/Rove selected most of their Judical appointments from the the Federalist Society i.e., Ashcroft, Thomas and Alito.

William Pryor rarely claims his primary accomplishment as Attorney General of Alabama; he was key to the investigation of his boss and Governor, Don Siegelman, behind the scenes becoming, along with Rove and others, an invisible hand guiding Alabama to become a Republican state through the partisan use of the judiciary.

In 2007, Time Magazine Investigations revealed sworn FBI testimony that landfill developer Lanny Young admitted to making sizable illegal donations to Pryor’s campaign for state attorney general. Despite Pryor’s own blatant violations of contribution law, he used his new position as attorney general to initiate a criminal investigation of Siegelman within weeks of Siegelman’s moving into the Governor’s mansion. This required burying the sworn testimony about his own (and fellow Republican’s) significant campaign financing irregularities and zooming in on Siegelman’s lesser irregularities and even inventing crimes to assign to Siegelman.

Pryor, notoriously eager to get a lifetime appointment on the federal bench, was nominated to the Eleventh Circuit by President George W. Bush on April 9, 2003 and after a long struggle overcoming objections to his conservative activism from the bench, he was confirmed and sworn to the bench on June 20, 2005 at the age of 43.

Pryor still serves as a visiting professor for the University of Alabama’s School of Law.

In 1984 William Pryor was a founding member of Tulane Federalist Society, a conservative/libertarian society dedicated to confronting liberal influence in the judiciary.

Karl Rove praised his buddy, William Pryor, in his 2005 speech to the Federalist Society.

Pryor started the Siegelman investigation in 1999

A 1997 Wall Street Journal article quotes Pryor as saying, "I will never forget Jan. 22, 1973, the day seven members of our highest court ripped the Constitution and ripped out the life of millions of unborn children."

"A staunch defender of state legal prerogatives, he has attacked federal efforts to protect some wetlands and to require power plant cleanups. . . . Pryor scorned the ultimately successful state lawsuits against Big Tobacco in the '90s. Similarly, he now opposes litigation against the gun, lead paint and managed care industries, saying they intrude on areas that should be the province of legislators and 'leave only the personal injury lawyers better off.' He also has urged repeal of important parts of the Voting Rights Act of 1965, which guarantees minority access to the polls. To liberal interest groups, Pryor is a right-wing ideologue who must be stopped." Read More at FREE REPUBLIC.

Other places and players in the Don Siegelman Saga.