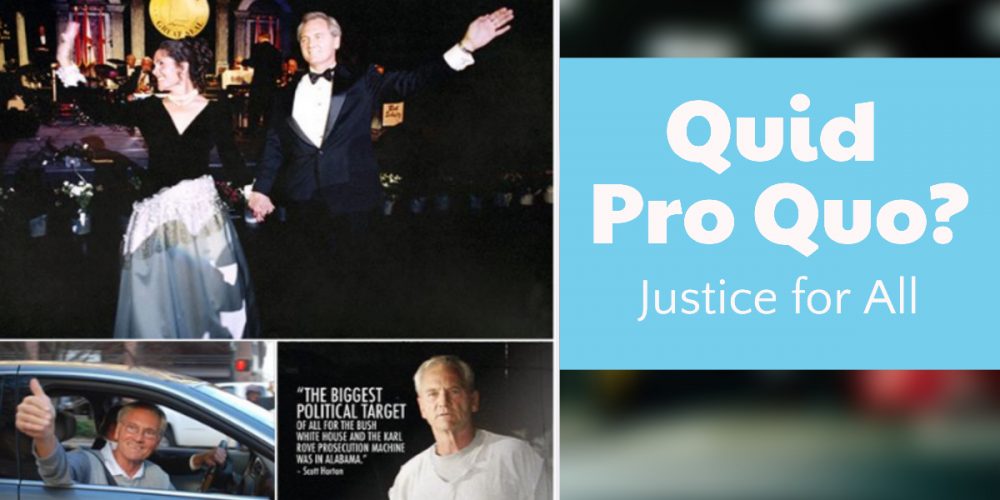 Don Siegelman Writes in this Popular FB post: Three years ago, February 8, 2017, I returned home from federal prison. And I’m so glad to be back!

I had spent five years some 500 miles away from my family. I was sent to prison under the theory that I, as governor in 1999, had swapped a position on a non-paying state board for a campaign contribution. The contribution was to a ballot referendum to establish a lottery so Alabama children could have free preschool education and free college education.

Shortly, after I was inaugurated as governor in 1999, I had to start fighting for my freedom, with many of you by my side.

I had been targeted by the Karl Rove prosecutorial machine, investigated by forces aligned with Karl Rove and Jeff Sessions, convicted by a corrupt judge and sentenced to prison in 2007 for 88 months for something that never happened.

Bear with me as I get in the weeds: I was convicted of bribery. Yet the United States Supreme Court had said if a campaign contribution is involved, there had to be an “explicit and express quid pro quo where the terms of the agreement are asserted.” Well, in my case, there was no testimony of a quid pro quo, much less an express one. But my judge, a topic for another post, would tell the jury they could infer or imply there was an express quid pro quo. (That’s an oxymoron, isn’t it? And in President Trump’s Impeachment trial, evidence disclosed an express Quid Pro Quo, where the terms of the agreement he wanted with Ukraine, were asserted.) Furthermore, my judge told the jury a campaign contribution to a ballot initiative to establish a lottery could be considered a thing of value to me because I supported the lottery!

What the President was after would clearly have benefited him politically.

In the Impeachment trial it was argued that 1.) President Trump can’t be charged with a crime as long as he is President and 2.) can’t be impeached unless the Quid Pro Quo would benefit him personally, not politically!

Well, as my son said recently: Either pardon my Dad or Trump should be in prison.

The point is there are two standards of justice. Justice meted out depending on who is doing the judging.

Ask women, or men of color, helpless to defend themselves against the power of the government, ask those society looks down on, ask Bryan Stevenson.

One of the most shocking statistics released by the Equal Justice Initiative is the fact, in Alabama in election years (2008), judges imposed the death sentence, overriding the jury verdicts of “life in prison” at a ratio of 30% as opposed to non-election years, when it dropped to 7%.

What does that say to you about justice?