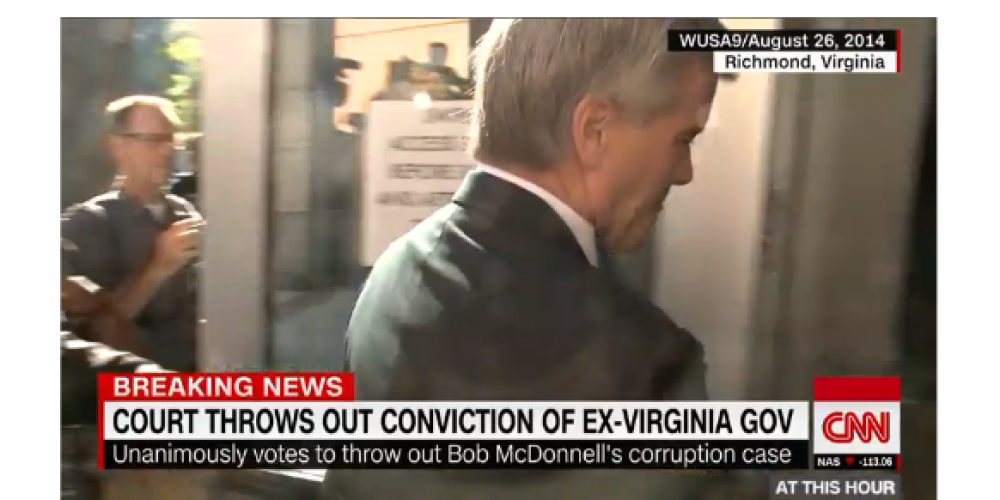 The Recent SCOTUS DECISION: HOW DOES IT AFFECT THE DON SIEGELMAN CASE?

Governor McDonnell was released by a SCOTUS decision because there was no “official action” taken in exchange for the lavish gifts he was given by businessman Williams. In other words, since a bribe must legally contain a “quid-pro-quo,” a something-in-exchange-for-something-else, the McDonnell case did not have all the parts to qualify for a bribe. In the Williams case there was no “quo”, no “official action” given in exchange for the gifts received by the Governor and his wife. What happened was that McDonnell arranged meetings for Williams, but that is the job of a Governor anyway. How can you make your job duties a crime?

Did Governor Siegelman Perform an “Official Action?” Maybe not.

The Schnauzer asks : But what about a SCOTUS DECISION on the Siegelman case? Evidence at trial showed Scrushy did not even want anything from Siegelman. Here is how a 2006 Associated Press story, written by the late Bob Johnson, put it:

Former Alabama Power Co. CEO Elmer Harris, the chairman of Don Siegelman’s transition team when he was elected governor in 1998, testified Monday that Scrushy said he had no interest in serving on the Certificate of Need Review Board. . . .

Harris was called by the defense to challenge testimony [that] said Siegelman told him that Scrushy had agreed to arrange the campaign donations in exchange for a seat on the CON Board.

Elmer Harris, a respected CEO in Alabama, has stated that he was befuddled that a jury would believe a convicted felon’s testimony over his own. The Schnauzer is also befuddled. For an in depth analysis of the ruling in comparison with the SCOTUS decision in the Siegelman Case go to the Legal Schnauzer Blog, click here.