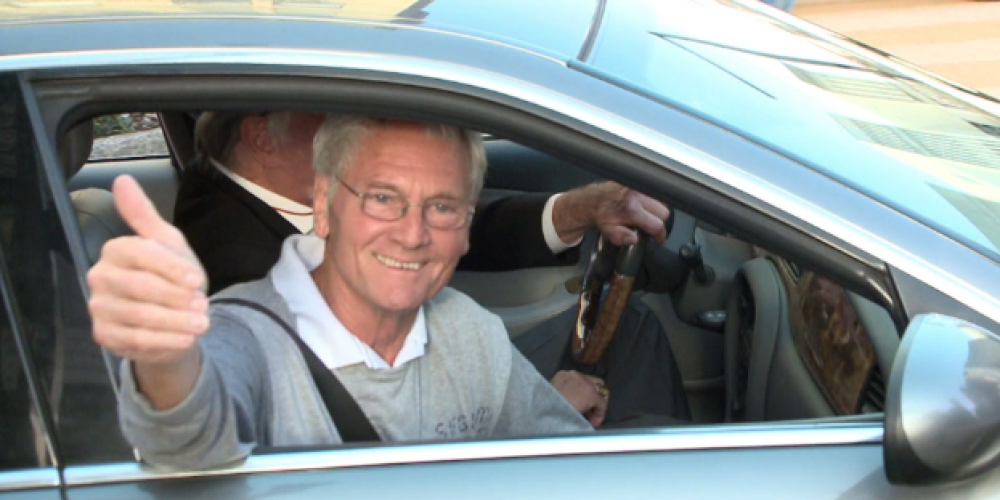 “It will be a raw and wonderful reunion” Dana Siegelman, the “Gov’s” daughter stated to WRGX as she waited for her dad to arrive in the Birmingham-Shuttlesworth Airport.

Dana is an ardent supporter of her dad’s innocence, appearing on major networks’ talk shows and sponsoring petitions defending her Dad’s integrity. She had been waiting for this day for a long time.

As Don Siegelman drove home from the airport with his family, a number of supporters gathered along his route to cheer him on.

Chris Davis of WHNT19 News wrote that one loyal supporter drove 2.5 hrs from Tuscaloosa to see Don and welcome him home. “We drove up here so that we could be right here on this corner to welcome him back. We love him, we think he was a fantastic governor,” said Ann Depas.

Some in the group were friends like Judge Johnson, former 10th Circuit Judge. “I don’t think he should have been there.” Friends with Don since 1965, he believes that he knows Don’s character.

Also in the group was Edward Savela, who considers himself one of many Siegelman faithful supporters in Alabama. Edward just wanted the former Governor to know that the term in Federal Prison did not dim his respect for the Governor. “He’s got friends here in Alabama,” said Savela.