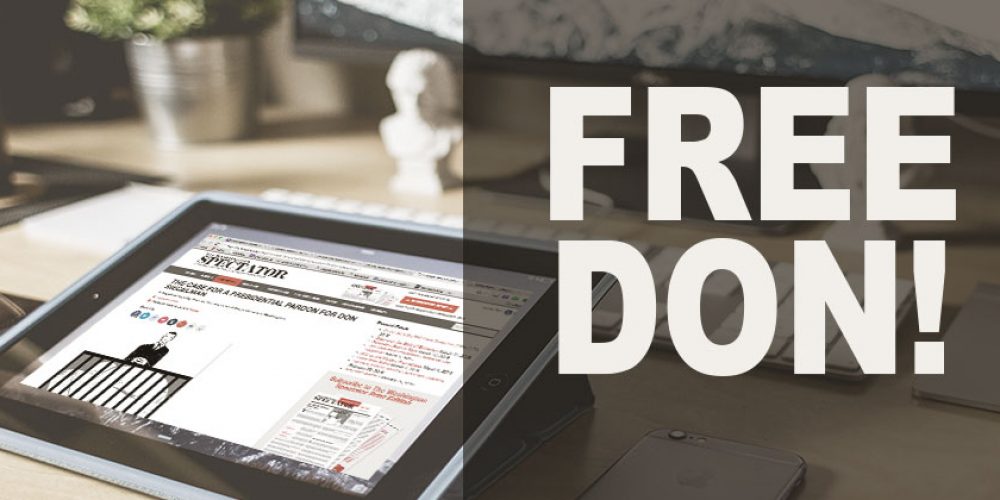 The Washington Spectator featured an article recently asking President Obama to pardon Don Siegelman while bypassing the DOJ, suggesting that there are people in that august body who want to keep irregularities in the Siegelman Case out of the spotlight.

Scott Horton, the author of the article, is a specialist in political prosecution. He had been consulting with the State Department to prepare US Justice liaisons in former Soviet nations learn “How to Spot Political Prosecution” when the Siegelman case showed up on his radar. A contributing editor at Harper’s, Scott has been writing about Don Siegelman’s Case for nine years now, ever since 2007, concerned early on by the stark similarities between the prosecution of Don Siegelman and Political Prosecution in Soviet block countries.

Since Scott Horton first began writing about the Siegelman case nine years ago, the story has continued to unfold. Failed appeals have left supporters bewildered while an innocent former Governor endures an unjust imprisonment punctuated by a lengthy stint in the SHU. We have seen a notorious key player in the Siegelman case, Karl Rove, both retire as White House consultant to avoid investigation into his role in this case and fail in his attempt to regain the White House with yet another Bush presidency. Another infamous key player in the case, Judge Mark Fuller, under pressure from his friends and enemies, retired from the bench for conduct most unbecoming a Judge.

If Siegelman’s guilty, then so, too, are most of the politicians in Washington!

This story is far from finished. There are several little known facts revealed in this article that make it worth reading. To learn which high level career attorney obstructed investigations into the Siegelman Case read the Scott Horton article now.

Horton concludes that the President must pardon Don Siegelman without consulting the DOJ because the Department is too conflicted to do the right thing. Horton quotes a source saying that the “way DOJ managed this case, if brought to light, would do real harm to the reputation of the department.”